A tale of two star-crossed lovers destined to meet again in their 70s. Judith remembers when they went to prom together, and how Eddy sat on her stoop and talked and talked for hours. But, due to their family’s beliefs, they weren’t able to be together. They both lived separate lives but ended up finding each other again at a high school reunion and marrying on Valentine’s Day.

In Sickness and in Health

This powerful docu-series features a 65-year love story between Jon and Iris. Through thick and thin, and in sickness and in health. Opening with Jon in the hospital with heart issues and his wife, Iris living with Alzheimer’s. Remembering how he first saw her, their first date, and, with a quick-witted comment, his wife Iris jumps in about John’s mother.

As the membership was running out on his senior dating profile, Stanley a head-strong New Yorker was ready to quit this “Senior Single… Something Or Another.” Then he was matched to a beautiful southern belle named Sylvia. Although Sylvia was hesitant, they arranged to meet at a local food court in the mall. The sparks flew and the stars aligned… eventually getting married on their shared birthday.

A story of two widows, who never thought they’d find love again. But, as it so happened, they did, with each other. Jim and Carolyn met during dinner one night at their senior living community. Jim realized he really liked Carolyn and although she wasn’t fond of the idea of being more than friends, Jim persisted. Carolyn finally agreed to be more than friends and a couple years later, set a date to be married at their community.

“I Now Pronounce You King & Queen”

When both Henry and Bertha were called up onto the stage at their Senior Living Community’s prom as King and Queen, they instantly knew they wanted to be together. They dated for a year before Henry proposed. Being so excited, they went to the courthouse that same day to be married only to find out that they had to wait 24 hours. So, a few people at their senior living community pulled a few strings and put together a marriage ceremony for the next morning to wed the prom king and queen.

Remember “The Princess and The Bride”? Well… this story isn’t completely like that but, has some similarities. In 1930, Ann was supposed to have an arranged marriage before meeting John, a fruit peddler in Connecticut. She, being younger, and him, being older, only added to the risk of disappointing Ann’s family. But that didn’t stop them. They decided to flee and live their lives. Now, happily married for 80 years, certainly, a true romance story for the ages.

Are you single this Valentine’s Day? Well, you’ll want to tune into this couple. They’ll share a few simple tips on how to stay happily married for almost 8 decades! This power couple started dating as teenagers and waited until the appropriate time to marry. Ever since then, they’ve loved every minute of it adoring each other as if it were their first moment together.

A Bookend to their Notebook Love Story

James and Lauretta met at a return home party after the end of WWII. Marrying each other and having a large family, they truly lived out the perfect fairy tale love. Their family even called them Noah and Allie from The Notebook as their life resembled the two characters. When Lauretta started losing her memory to dementia James became her caregiver. After James passing, the family found a photo from their wedding day which resembled a photo taken in the hospital during his passing. The photos, side-by-side, went viral and soon became the perfect bookend to their notebook life together.

Grab the tissues for this touching story of a couple sharing their 80th wedding anniversary.  Arthur took his wife, Marcia’s, hand a couple hours before their 80th wedding anniversary and told her that he had loved her for 80 years. Marcia, who has dementia, responds with ‘hello, hello’ leaned up and placed a kiss on Arthur’s hand. The power of love is truly extraordinary.

Ever thought that speed dating might not work? Well, this love story might change your mind. At their senior living community, Renee Weiss and Miles Miller went to a speed dating event to find a connection. Ms. Weiss was having a fun time but wasn’t feeling any love connections until Mr. Miller sat down at her table for their 4-minute date. She was charmed by Miles and they exchanged numbers after the event. These two lovebirds are still going strong today! 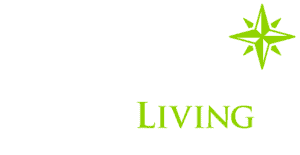 We would love to hear from you! Let us know how we can help you or your loved one live a more fulfilling life. We care for moms and dads like they are family, and we’re excited for the opportunity to serve yours.